26 May, 2022 Jerry Catba
Military Hospital Cave (Quan Y Cave) is known as a hospital in the cave used in the anti-French and American wars in the Cat Ba archipelago. Military Cave recreated the scene of the Vietnamese army struggling and suffering a lot of pain in the war.

Military Cave is located on Cat Ba Island, in Hai Son village, Tran Chau commune, Cat Hai island district, Hai Phong city. Located about 13km from the center of the town, visitors only take about 30 minutes to follow the road across the Cat Ba island and follow the road sign. It won’t take too much time to arrive. 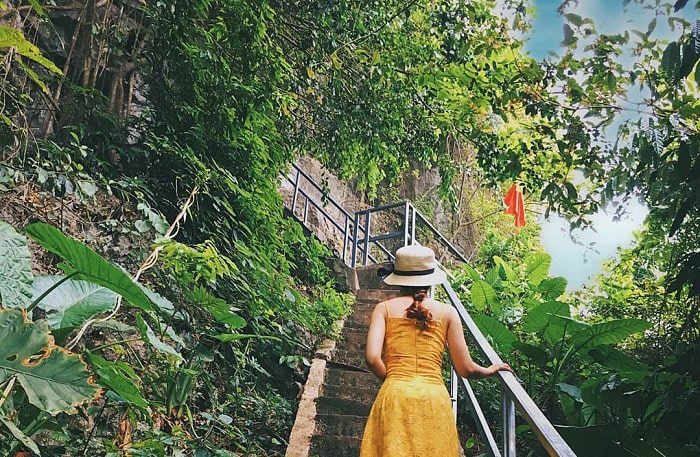 Military Cave is located in the Hung Son cave, discovered by the Tran dynasty, then was exploited to be a field hospital, and called Military Hospital Cave. 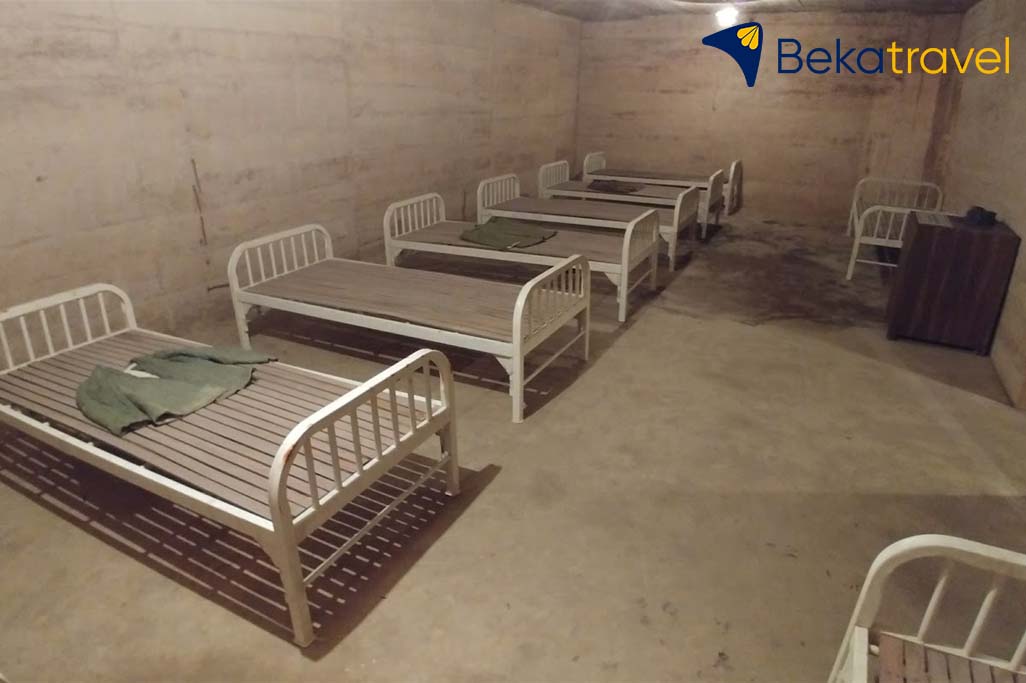 During the war against the US, the cave became the base of the Vietnamese army's secret activities and the place where injured soldiers were treated. From the main road, you follow the trail of about 50m to a concrete staircase. This staircase was previously made of wood. When the enemy attacked, they would destroy this staircase to prevent the enemy from moving forward. After the war ended, people rebuilt the staircase to be a tourist destination for visitors to visit.

Looking into the cave from the outside, the ceiling is quite high with the green moss clinging to the cliffs that look very mysterious, below is the place to worship the soldiers who died. According to the people here, the cave can accommodate 200 people but when the enemy attacks, it may accommodate up to 2000 people. The cave consists of 3 floors, but tourists can only visit the first 2 floors because the way to the 3rd floor is too dangerous, so it has been blocked to avoid the situation that visitors fall when going up.

Right at the first door leading to the cave, visitors will come across an iron door with an extremely special design. The door curved most in the middle and then gradually the two sides. This worked tremendously when the enemy was bombarded. Bombs shooted at this door would not directly pin in the middle but would deviate to the sides to protect the door from being broken. 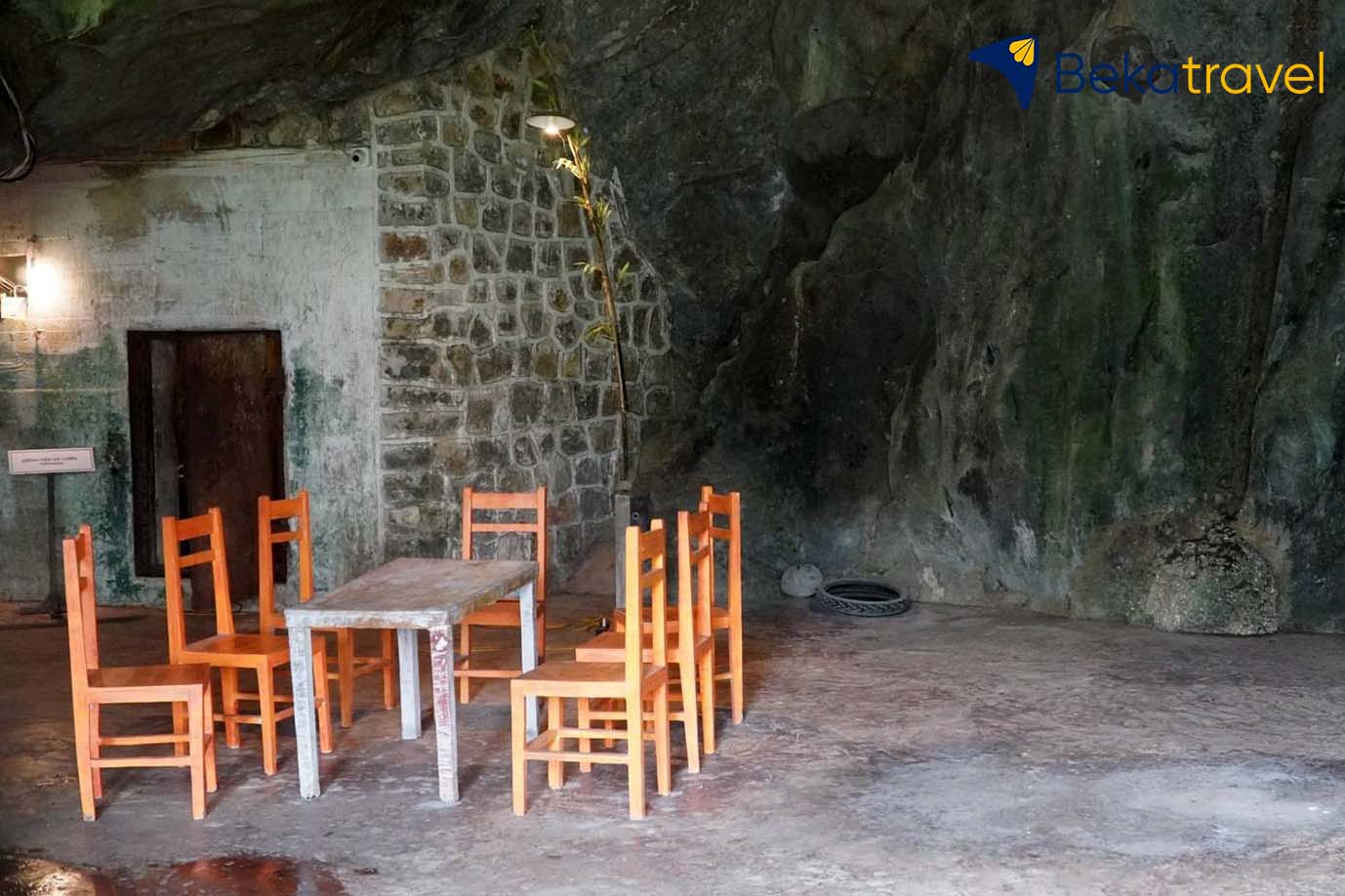 The 1st floor is fully divided by meeting rooms including meeting rooms, ammunition rooms, trade rooms, etc., and is a living place for the soldiers. In the rooms, there are soldier models and artifacts remaining from the war. Due to the mountain terrain, the road in the cave will be wet often but it is very cool here, bringing a sense of comfort for visitors when setting foot here.

The road in the cave is quite narrow and is equipped with light in the rooms and walkways. However, the light here is quite weak, so there are some places that need to use a flashlight or phone light to see clearly.

Going to the end of the corridor on the 1st floor, you will see a small path leading to the 2nd floor. The 2nd floor is designed with 2 entrances that are stone steps and iron ladders mounted on the wall in case of an emergency. Almost the 2nd and 3rd floors still keep the structure of the natural cave, including the high and low cave arches. Soldiers took advantage of these places to practice.

Here has a sketch of 10 female soldiers holding AK47s, shooting down enemy B52 aircraft. This is considered the pride of Hai Phong women when they bravely struggled with strong enemies. In addition, if you pay close attention to the east arch, you will see how beautiful the stalactites are sparkling under the weak lights here.

The water tank right next to the entrance to the 2nd floor is designed to go directly to the 3rd floor. In case the enemy attacked, the soldiers would jump directly from the 3rd floor down and run to the emergency exit. On the 3rd floor is only the reception area, the guard room, and the officer's room, so there is not too much difference compared to the 1st floor.

The exit of Quan Y Cave

To get out of the cave, visitors go back to the first floor and go out by the exit, there is also an iron door which is similar to the way the door at the entrance but over time it has fallen. The way down is quite small and steep steps, so visitors should go on dry days to avoid slipping. 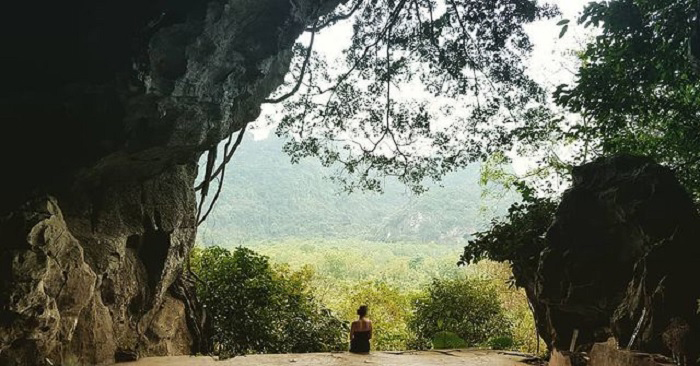 Above is the information about Military Hospital Cave that Beka Travel brings to you. After going out to the main road, visitors walk back to the ticket office for about 20m to get on the bus and continue the next journey. 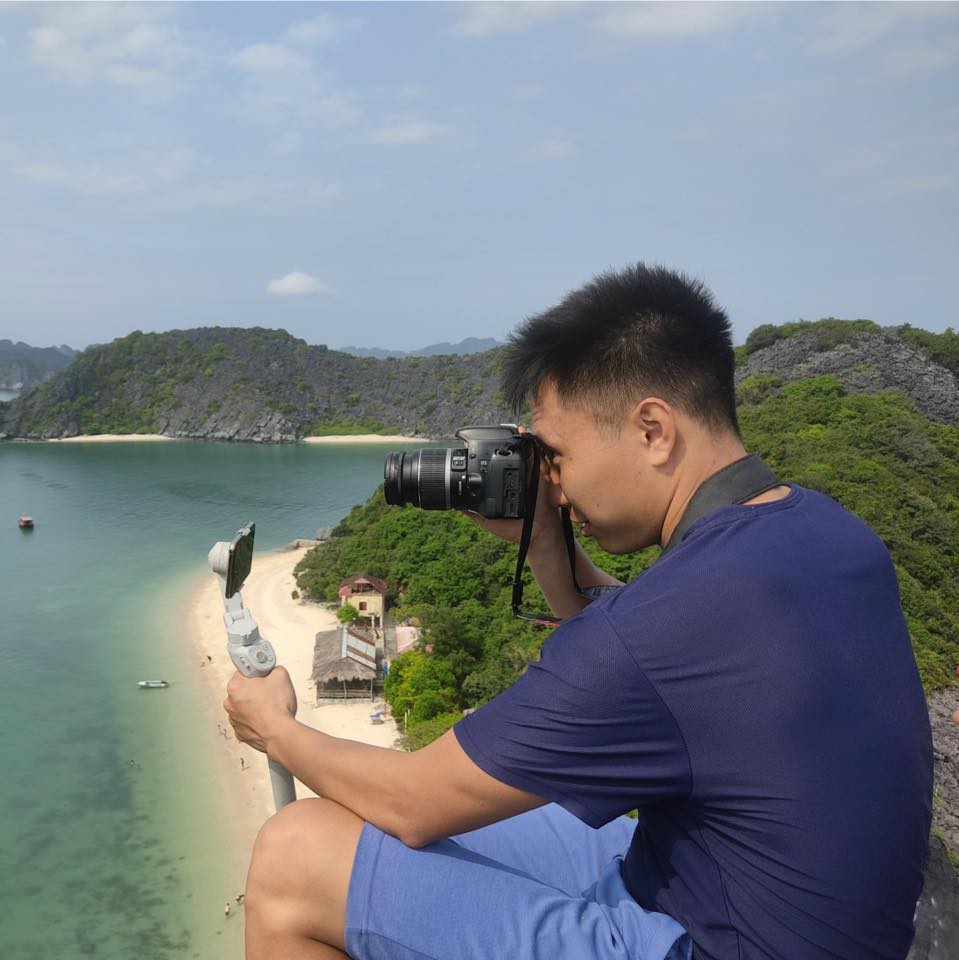 My name is Tran Binh An - founder at Beka Travel. I have been experienced in tourism industry for many years and I am the person who create website https://bekatravel.com with the passion of bringing local experices to international tourists. I focus on guests sastification and local experiences